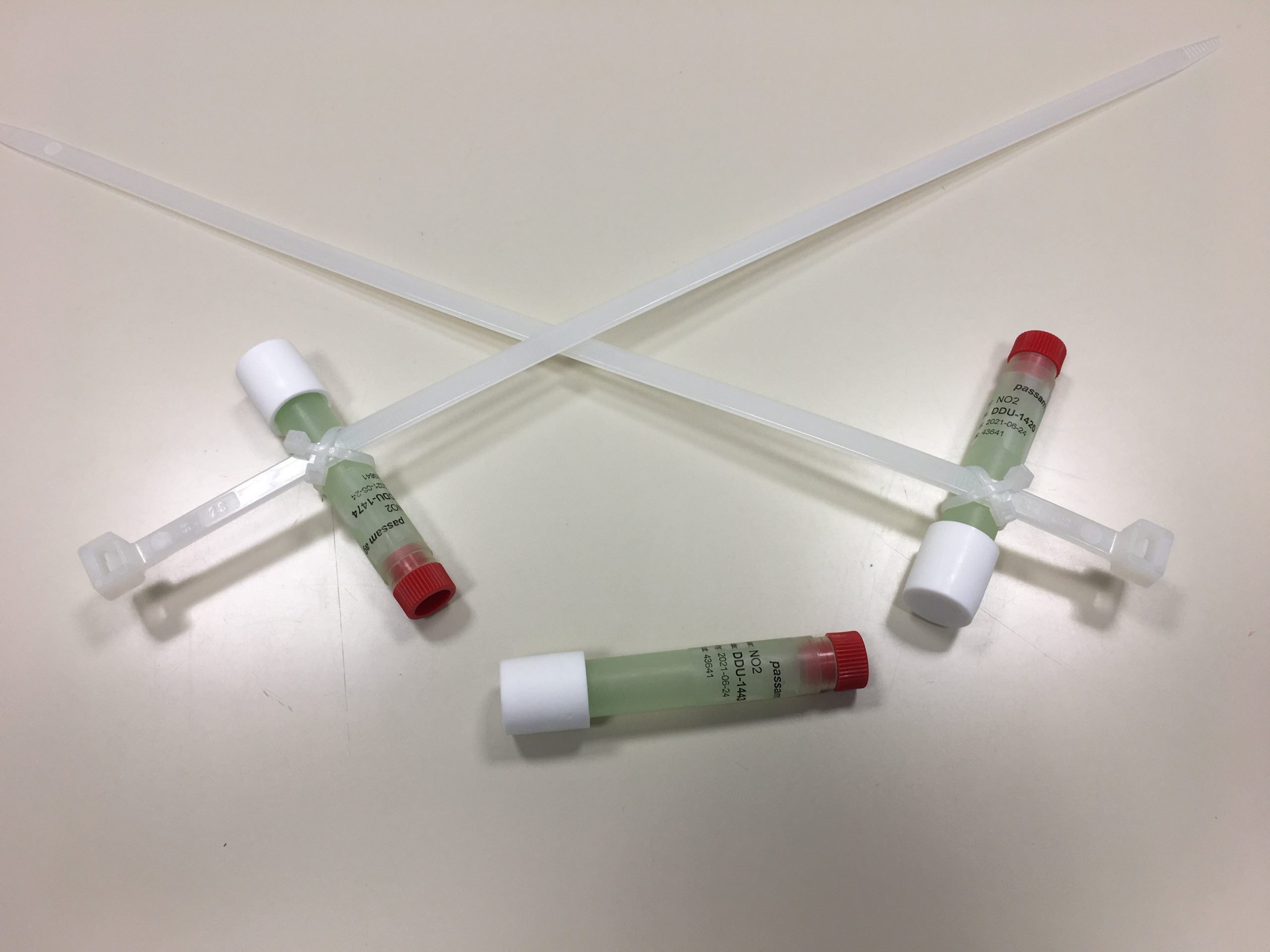 NITROGEN DIOXIDE (NO₂) AND OUR HEALTH

Its moderate solubility in water makes it easy to pass through the mucous membranes and enter the airways. Like most toxic gases, the inhalation dose determines the degree of respiratory toxicity. Prolonged exposure to low gas concentrations can have a deadly effect, as well as short exposure to high concentrations, such as chlorine poisoning. It is one of the biggest air pollutants that can cause various health problems, such as coronary heart disease or stroke.

The heated air in the engine produces nitrogen oxides (NOₓ), which include toxic nitrogen dioxide (NO₂). In a gasoline car, they can be cleaned with a three-way catalytic converter, and so the gasoline car emits an average of about 30% less NOₓ than a diesel car.

Diesel vehicle filters can reduce PM emissions by more than 90%, but they require good working conditions and regular maintenance. However, they can also produce more nitrogen dioxide, making diesel one of the main sources of this toxic gas.

Diesel engines run at higher temperatures and pressures than gasoline engines. These conditions enhance the production of nitrogen oxides. The amount depends on the volume and duration of the hottest part of the flame in the engine.

In order to drink water directly from the spring, we contacted Deutsche Umwelthilfe, the leading organization for the protection of citizens and the environment in Germany. The organization is a member of the European Environment Agency in Brussels and has the legal right to bring collective actions in German courts against projects it considers to be a threat to citizens and the environment.

Two years ago, Deutsche Umwelthilfe filed a lawsuit against the Federal Road Transport Agency in Germany (KBA), accusing her of not acting decisively enough in the wake of the Volkswagen diesel scandal.

Deutsche Umwelthilfe knows best about the nitrogen oxides we’ve all had the option to partner with. That’s why we chose them as our partner.

Since the beginning of June, AirBG.Info volunteers have been installing and assembling these small diffusion tubes to understand the complete picture of NO₂ contamination in more than 30 locations in Sofia.

The diffusion tubes contain a chemical substance (triethanolamine), which is absorbing the measuring component (in our case nitrogen dioxide – NO2)

We place them where people live and work. The procedure is described in these pictures – affixing a road sign or tree, measuring 28-30 days, collecting and sending it to the Passam AG Laboratory in Switzerland. We make the results legal.

HOW DID WE DO IT?

The four hours of each month since June, spent in a tight ride over 120 kilometers each time on the streets of the city, dismantling and assembling the pipes were a wonderful experience. We enjoyed beautiful Sofia and that we were doing something right for people we didn’t know. I present to you the team behind this project:

And because we liked everything so much, we decided to film it.

May 2020 again shows the trend of restrictions against COVID 19 for low NO2 levels. But there is also a tendency for the slightly increasing of data.

April has the lowest indications of NO2 pollution. Only at some of the big intersections there is an excess of the norm.

There is a significant reduction in NO2 pollution in March. Only the largest intersections remain critical.

In February again average levels of up to 68.1 mcg / m3 were reported in the center of Sofia.

In January again average levels of up to 64.8 mcg / m3 were reported in the center of Sofia.

In December again average levels of up to 63.2 mcg / m 3 were reported in the center of Sofia.

For November in the center of Sofia average levels of up to 58.7 mcg / cubic meter were reported.

For the October average levels of 70-80 mcg / m3 are reported in the center of Sofia. This is twice the limit, ie. people breathe twice as much as nitrogen dioxide poison.

We move 5 of the locations from trouble-free locations (******) and add the Lviv Bridge, Slivnitsa and Levski roundabouts, more *******. September is coming, there are two long weekends, people are slowly returning to the city. The school year starts on the 16th, we measure up to the 26th of September. In 10 days intensive traffic, in only 10 days, over 60% of the results are above the norm, with exceedances in places again above twice! Only ten days full city.

20 locations show normal air, but at 9 levels of nitrogen dioxide are higher than the annual norm, 2 of them with critically high values, nearly 2 times higher. Car traffic is at least halfway.

The city goes on vacation, 23 locations show air in norms, only at 6 levels of nitrogen dioxide are higher than the annual norm of 40 μg/m3. Road traffic is half.

In summer, 20 locations show fresh air, 2 are at the limit, and at 7 levels of nitrogen dioxide are higher than the annual norm of 40 μg/m3

THE RESULTS IN DIGITAL FORM

Here are the results in digital form.

WHAT ARE THE CONCLUSIONS?

If you live in large residential neighbourhoods and are far from road traffic, pollution is below acceptable limits. There are no traffic jams, relatively few passing vehicles. Watch our PM cards and if they are green, breathe easy!

On the other hand, in areas with high concentration of cars, high traffic, intersections and boulevards – pollution is above the limit and creates a real threat to the health of people passing through busy intersections or working in close proximity to them.